It's time for the o' monthly guest blog, Editing & Writing Tips, that I do for T. Denise Clary. This month's message is about breaking the rules once in a while. :) I hope you enjoy it!

I have several ideas for this guest blog that T Denise Clary has invited me to do here monthly. Some are editorial and grammar related, and I started putting one together but couldn’t get into the groove. I wasn’t in the mood. I just was not in the mood to tell you do’s and don’ts. I felt like my hair was in a tight bun and my glasses were on the tip of my nose as I looked over them sternly at you. I just felt like writing something fun. Sooo… that’s my topic this month:
Write what you want, write what you feel … just write!


Seriously… sometimes you have to break the rules (be it the “official” ones or your own) and just do what feels right. I went on Google and searched “writing rules for fiction” and Google found about 122 million (I love how Google says “about”) search results. My jaw dropped. That’s a lot of rules. And assuming each result probably has multiple rules (I didn’t click on anything but I bet they’re mostly lists) it’s probably safe to say it’s closer to a billion. Who the heck made all these? A bunch of bossy people would be my guess. And to that I say… pishaaaaah!! (If you’re from my generation, sing a little Twisted Sister with me… “We’re not gonna take it, oh no, we ain’t gonna take it…”)


Rules exist for a reason, and writing rules have their own very good reasons. And hey, I’m not a complete writing-rule-rebel … I’m an Editor for goodness sake. It’s just that sometimes rules need to be ignored so you can do what it is that you do … freelance writing. Sometimes, if you set the rule book up on a high shelf, and sit down and write from your heart, you might find that you’ve created the best piece of work in your writing history. Some of the most interesting, entertaining books I’ve ever read were major writing rule breakers. You just never know what you might create if you let yourself be a little rebel once in a while. (I swear, now I’m singing Billy Idol’s Rebel Yell. Somebody pull me out of the 80s.)


So, if you have a story idea in your head that you KNOW would be so cool told in the first person (insert scary music), or some other story idea that is one of the big rule breakers you’ve heard a hundred times, I say just do it! G’head – do it! Who’s going to stop you? There’s no writing police looking over your shoulder as you type. The best way to write is to actually WRITE, and if you have a desire to write something in a nonconforming way, give it a shot and see what happens. Worst case scenario it stinks and you chunk it. So what? You still had fun. And you get that ten year old story idea to quit tickling your brain.
Next month I’ll probably have my glasses on the tip of my nose, giving you stern looks. This time though … I felt like letting my hair down. 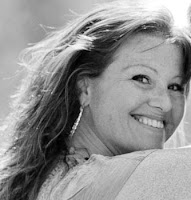 Jennifer Moody is a Professional Editor and the Owner of MoodyEdits. To learn more about Jen, visit her website at www.MoodyEdits.com. You might enjoy her take on living a happy life, on her blog “Editing My Life One Day at a Time” at www.MoodyEdits.blogspot.com. And if you wanted to be nice, you could like her Facebook page at www.facebook.com/MoodyEdits.
Posted by MoodyEdits at 9:01 AM No comments: